Joschi is used by his mistress as a pillow under her ass. Empress Diamond sits in her pink string onto his face to Joschi to rob the air. Lamenting, he must remain under the buttocks of the super blonde as long as she wants it.

Faceitting with Footjob!Goldie has prepared a special ordeal for her slave today. With her plump ass she sits down on his face and takes his breath away. For this she starts to jerk his cock with her feet. But Henry can not concentrate on his horniness, can not enjoy it, because he is busy under the weight of her ass to suffer.

Lea bangs himself the arse on Richie's face, dressed with her olive green skirt and her black top; While he is getting no more air under her, it torments in the meantime his nipples; Then it turns round and he presses its arse from the other side on the face; Lea simply really wants him see suffering.

Amateur Tattoo Mistress Rose crush slaves face with her kurvy ass!I love sitting on your face and having you eat me out. I get so turned on smothering you with my pussy. Does my bush tickle your nose? Oh yeah, lick it just like that! 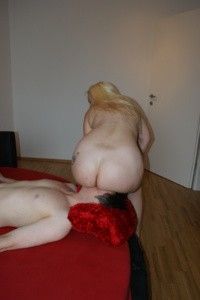 Goddess Gloria has tied up Richie to the bed. Then it sits down with its naked ass on his face and buries his nose between its buttocks. It makes itself difficult correctly and pushes with its ass against his face so that he does not get air either. It then puts its legs on his body to shift its whole weight on his face.

MOVIE IN ENGISH!Facesitting-Tyranny with Goddess Perfecta and Princess Crystal!The two cruel and sadistic Glamour-Girls love to make their victim Bobby suffering extremely. They take turns sitting with their gorgeous asses on his face to take his breath away. Bobby tries to free himself by moving his head again and again but without any success. The merciless, young ladies give him no chance to take breath. They get their rocks off tormenting poor Bobby. With jigging movements they hop with their shapely asses up and down on his face. 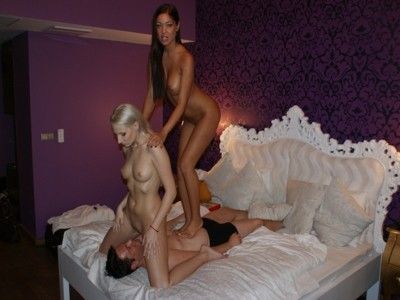 Baroness Rubina uses the face of her slave Nelly as a seat cushion. In various positions she sits with her bare ass on the face of Nelly and takes her to breathe. Besides, Nelly has to lick her pussy all the time.

The 18-year-old Princess Isabella has come up with a special torture for her slave. She first straightens her slave Ema and orders her to put her ass on Ben's face. So that this gets no more air. After slave girl Ema sits on the face of slave Ben, the young sexy sadist begins to maltreat his balls with her shoes. Again and again she squeezes and pushes his balls with her feet and kicks and stomps with his shoes into his balls.

Lying on the hard wooden floor must have Richie Facesitting of Hanna about himself happened. The Facesitting-Queen puts himself on his nose with her naked botty and pushes its whole weight to below.

Because Lea must learn something and her leisure time can not enjoy therefore correctly, Richie may not this either; He must put himself just on the bed and serve her as a floor cushion with the face; Sets itself yellow Hot Pants with hers on its face and her book hits its upper part of the body; So it must about be left all the time while it is going through its documents on it above; It may not breathe air, not move and serve it as a filing for her book; Then Lea gets up and and sits down turned over on him because she wants television gel self early, too; She the feet on the bed stationarily, shifted pushes her whole weight on her arse, the Richie on the face; She then estimates saucily her legs, too and sits on his face like on a chair.

The sadistic Duo Melady and Cindy attach Richie to the edge of suffocating. The two young cruel girls sit down together and alternately with their string arses on his face. You press his noses flat and make fun of him all the time.

In front of the mirror, she still must get dressed before Jill goes out. But the time can be used to still torment her slave Richie. Lying on the bed just he must serve her as a floor cushion with the face. Jill takes a seat away from Jean in her sexily narrow one on his face to make himself up in front of the mirror.

VIDEO IN ENGLISH!Maskjoe must serve as a seat cushion his black lady watching television. Black Sharon has no intention to use the couch as a base for her ass. She just sits with her full weight on his face and bury it under her ass cheeks.

The Hungarian gipsy's Edith must Richie watch TV serve with his face as a floor cushion with this. For her it is so really comfortable and Richie shall suffer from her ass while she is watching a whole shipment in the T

Bobby coerces her slave Bizarr Lady Jessica to serve her as a floor cushion on the couch with his face. In hers it sets itself leopard suit with its ass on its face and its nose buries between its buttocks. Bobby struggles for air, it defends itself intensely, protested. But the Facesitting-Queen is not interested in it. She wants to see it suffering from her ass